Medium Tank Level 6 T-34-85 RUDY (Rudy the dog), is one of the representatives of the so-called «Berlin troika» — techniques laid out in a shop in honor of the 70th anniversary of the Victory. Real prototype, manufactured by Polish company BUMAR LABEDY under license. The tank of this modification was involved in the filming of the television series «Four tankers and dog», hence it’s name RUDY (red). In the game, the average premium tankyavlyaet exact copy pumped out of the tank T-34-85, however, is to change some specifications and improved kollizhn model, as well as when the lamp lights, the dog barks.

Between premiumnyh and pumped technique clearly visible change in the chassis. In particular, Prema set a weaker engine, it does not prevent the tank to accelerate to 54 km / h and a top speed confidently keep on the rise. 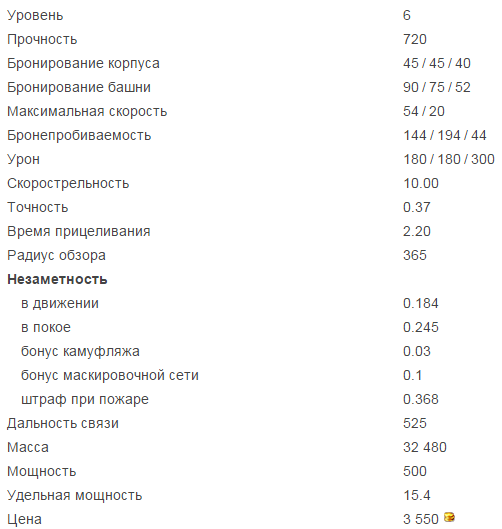 The speed of rotation of the chassis is increased to 42 ° / sec, which indicates the excellent maneuverability of the machine. The stock tank strength — 720 units , it is acceptable to display the sixth level. Radius review T-34-85 RUDY is 365 meters , which is quite not good for a medium tank. 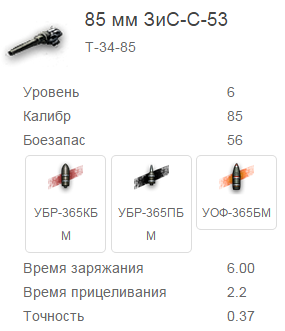 In terms of weaponry, T-34-85 Rudi does not seem deprived. There is established 85 mm cannon C-53with an indicator broneprobitiya 144 mm , the occasional damage 180 units . It is enough to deal with classmates confident «snap» to the 7th art. It should be noted that the T-34-85 RUDY has not reduced the level of fighting, so it can get to eight.

Against armored high-strands piercing shells are not very effective, so you have to reserve podkalibery increasing broneprobitie to 194 mm. Rate gun is 10 rounds per minute, providing relatively good PDM data during the stabilization and precision quite good, so do not cause complaints.

Judging by the reviews of players, T-34-85 RUDY has virtually no drawbacks, but this does not mean that the car will feel comfortable without additional equipment. Installing the module will help to improve the performance characteristics and level minor flaws. The T-34-85 RUDY can recommend a set of equipment:

• Prosvetlonka optics — do not forget that this PT mediocre viewing radius.
• rammer — this prem tank, so improving the PDM can increase profitability.
• Drives pickup — medium tanks are often forced to shoot on the move, so above all, accuracy and stabilization.
By the way, enlightened optics and drives enhanced crosstalk can be replaced with an improved ventilation to immediately improve all the characteristics of the tank.

Under the armor of the tank comfortably accommodated 4 crew members and a dog called «Balloon», performs a decorative function. Concurrently serves as the commander of the radio operator, you need to take into account, pumping skills. In addition, in the base, the machine goes from 100% crew with perk «Combat fraternity». This simplifies the task, so other skills can be explored in such prioritization: 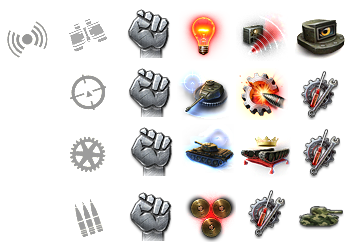 With regard to the combat consumables, here the developers do not offer a wide variety, so we take the battle standard set.

Booking the car decent for ST. In the frontal projection of the tower is 90-mm plate, rigid mask tools.Thanks to well-positioned bevel, a tank tower turned out rebound, so we can confidently accept bounces from classmates. 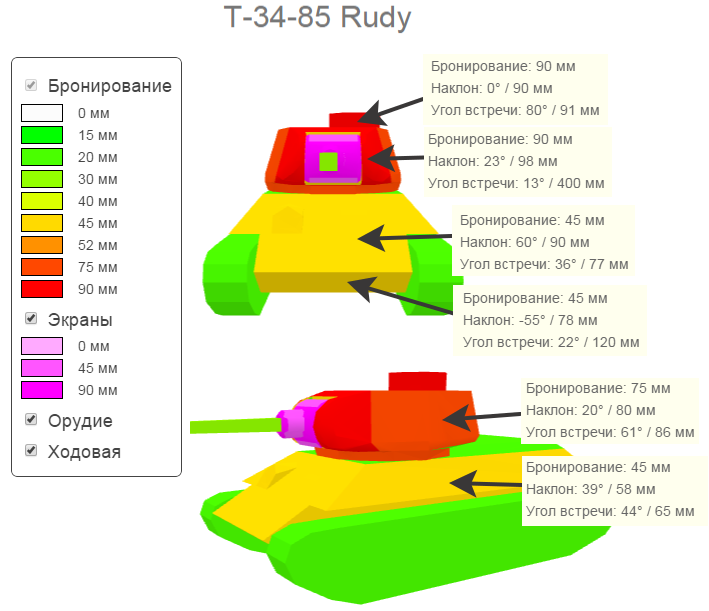 The front part of the housing protects the armor plates having a thickness of 45 mm , a reservation of the bead — 45 mm, feed: 40 mm . In principle, the armor in the T-34-85 Rudi bit, but literate location armor plates greatly increases the chance of survival machines. 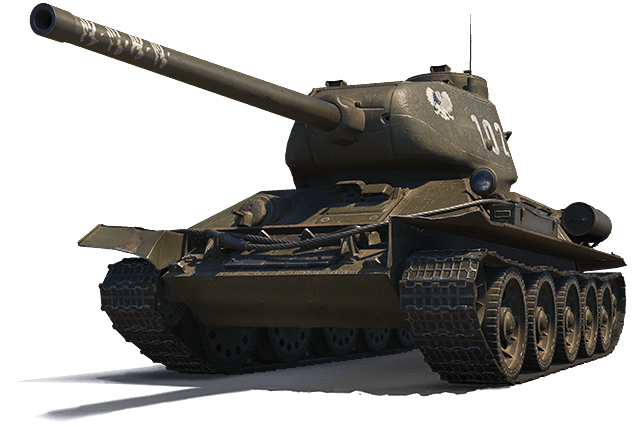 Given that the tank is not reduced level of fighting, tactics and behavior in the randomness can be divided into three schemes:

Generally, in any level of fighting need to soberly assess their strength and try not to be alone.

How to get the T-34-85 rudy? Like other tanks Berlin trio — buy a premium product World of Tanks, you can sometimes find Rudy as bonus codes. Before you make a choice whether to buy Rudy, you must make a general analysis of the tank capacity, such can be identified positive features :

Disadvantages are as follows:

In general, the T-34-85 RUDY definitely appeal to fans of dynamic fights and give a lot of unforgettable moments of exciting gameplay.