Many people know that the light tanks in the game world of tanks exist as a class only to the eighth level.Exit upcoming renovation is becoming a key step in the evolution of this technology. Now firefly branch extended to level 10, which will make a significant change in the concept of the game. The new machines have already tested on the test server, to the delight or dissatisfaction with the players. Get acquainted with one of the top light tanks T-100 LT, which will appear in the Soviet development of the tree. To understand the nature of the machine, the technical characteristics and armament should be considered in detail, which, incidentally, can mutate with the addition of the machine in the main game client.

The project, developed in the mid-1960s Soviet designers of Institute 100 and GSKB-47 within the framework of creation of the modern air-desantiruemye light tank. As a base for the development was taken BMP «Object 765», subjected to a series of modifications. As the arms has been selected perspective artillery system, allowing the use of rocket-assisted projectile caliber of 100 mm with the effective distance of fire of up to 1200 m. The tank housing planned welded from rolled steel, with a combined protection frontal projection that allows the machine to withstand frontal contact cumulative shells 90 and 105 mm, as well as the majority of NATO anti-tank armies. Reservation sides and stern effectively protected from 20 mm automatic cannon. The tank design was laid ability to transport An-12 aircraft. It was not built prototypes. One of the reasons for the termination of the project was ill-adapted car to overcome water obstacles, compared with floating counterparts.

Performance characteristics of the T-100 LT

Let’s get started. Compared with the usual lungs tanks 8-level, T-RT 100 has more pleasing margin to1500 units , but still inferior classmates CPs quantity. It is pleasant and pleasing basic overview T-100 LT constituting 410 meters . It should be clarified that this figure can be raised to a maximum value. 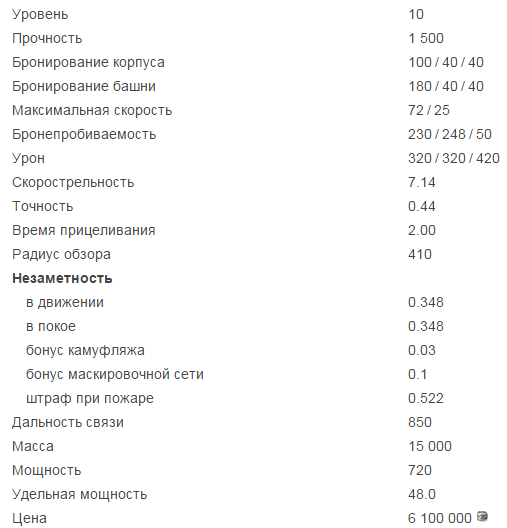 One indisputable advantages, is the coefficient of stealth. The machine has an incredibly low silhouette, so find lurking in the bushes Firefly will not be easy. However, this advantage is partially offset by the length of the body: a great target for artillery.

Strengths of mobility can be attributed T-100 LT. The machine shows the incredible top speed indicators, complemented by excellent agility and dynamics. 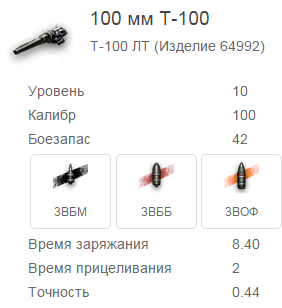 Overview of tools T-100 LT is necessary to begin with a discussion of alfastrayka. The base shell, the car can penetrate the armor at 230 mm , removing for each shot by 320 units strength . It should be noted that this is the lowest among the classmates, but it looks very good. PDM is 2286 units , which is not an absolute record level, but looks slightly intimidating.

If we talk about broneprobitii, the T-100 LT is not able to penetrate the armored monsters level 10 in the forehead even piercing projectiles. However, given the dynamics and maneuverability of machinery, direct confrontation is not required: the tank can easily spin the strands clumsy, vulnerable side leaky conventional BB-shkami.

Accuracy of T-100 LT characteristic of the Soviet branch: the spread is appalling. To sweeten the pot a little bit, the developers gave the car unexpectedly good stabilization tools that can improve the skills of the crew and additional equipment. It looks good, and speed information. Reviews of T-100 LT on the test results are dazzling: 8 of 10 shots without details fall right on target, and that when shooting at long range!

Angles vertical guidance already habitually weak, like all Soviet art in the game down to 5 degrees , which will require a long addiction.

Full tank characteristics are as follows: 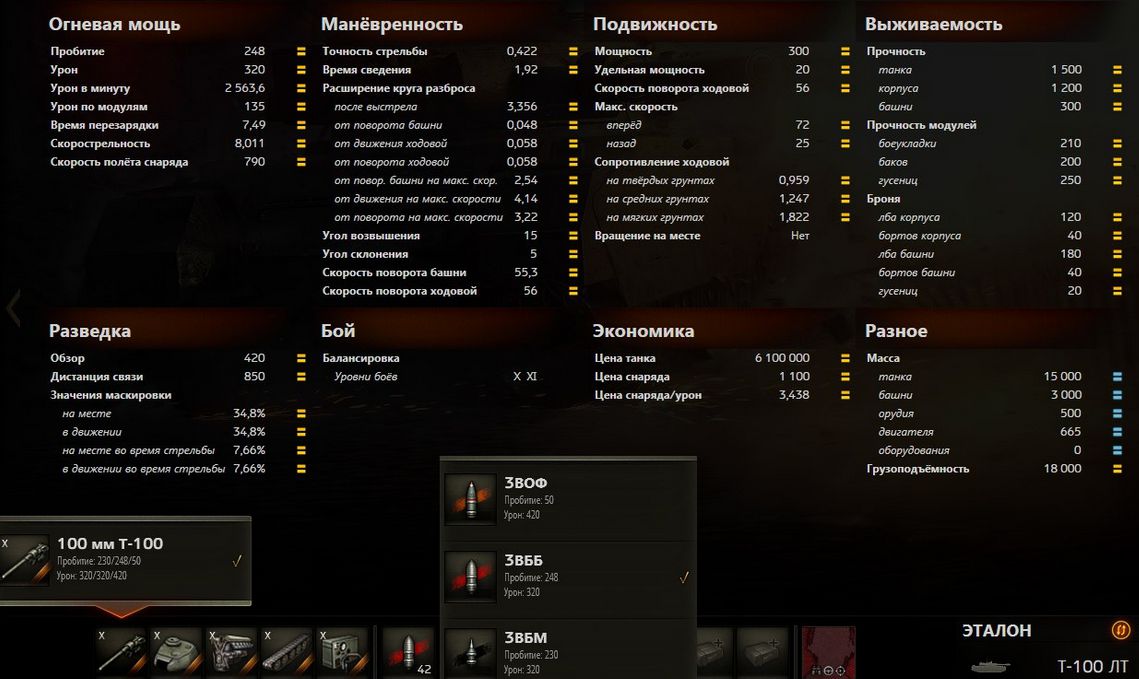 Referring to the tank on the viability of randomness fields. Of course, the first consideration reservation characteristics of the T-100 LT look rather mediocre, but bear in mind that we are dealing with a «bare» figures. The housing has 100 millimeters of armor in the frontal projection, however, good location VFD angles increase the rate of about 200 mm , respectively, the machine will often catch a bounce, especially if you do not stay static and dovorachivat body. 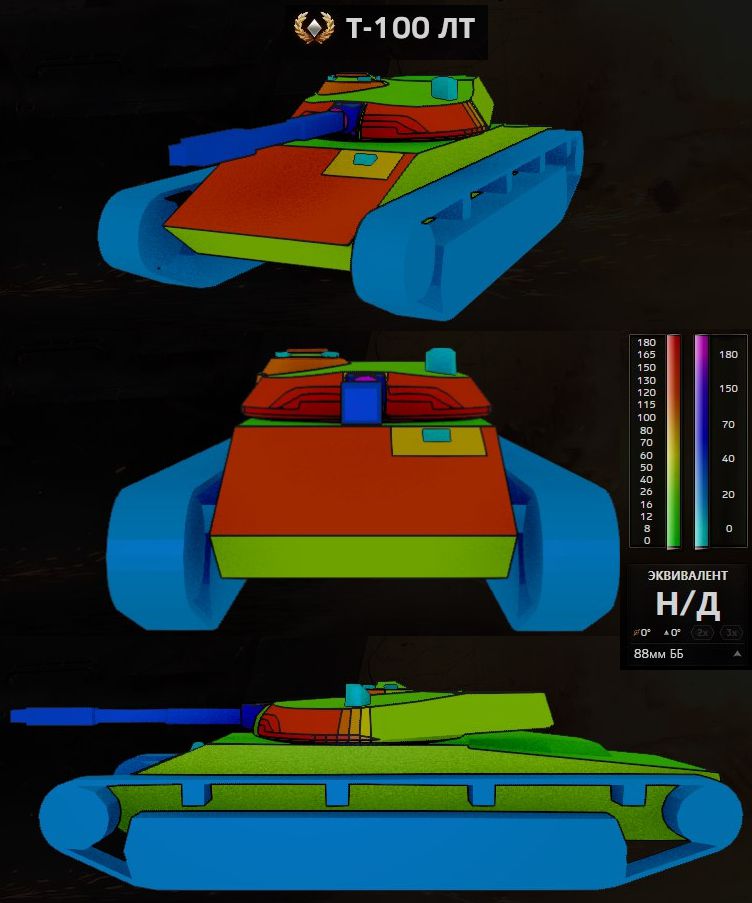 The front plate tower pleases value 180 mm. However, the shape and the inclination of the tower can not provide reliable protection. As compensation, the tower looks quite squat, so vytselit sensitive areas in a dynamic battle will be very problematic.

The only thing that can not boast of the Soviet light tank T-100 LT — this board projection hull and turret.Naturally, the 40 mm will not be a serious obstacle for the powerful trunks and a dozen low-level technology. Sometimes, getting to be absorbed from afar tracks, but always rely on luck is not worth it.

The choice of equipment and perks crew on T-100 LT

Basically, we are dealing with a good device, which has a huge potential. However, to fully realize the potential of free modules and well-chosen crew skills will be very problematic.

It is necessary to clarify that the last slot can be left for better ventilation, to get a small bonus to accuracy and firepower.

By pumping the tank will have to be creative: the crew consists of three people, so the standard set for the fireflies are not suitable. It is better to give preference to such a training sequence: 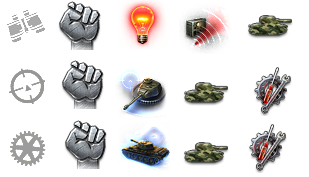 In terms of the choice of consumables game does not provide much of a choice, so before the fight load a standard set.

T-100 LT players capable of adding weight thrills and significantly diversify the usual game play. Like any firefly, a top tank designed to be lighted opponents and supporting teammate. However, given the characteristics of the T-100 LT, game tactics is beyond the scope of the standard. 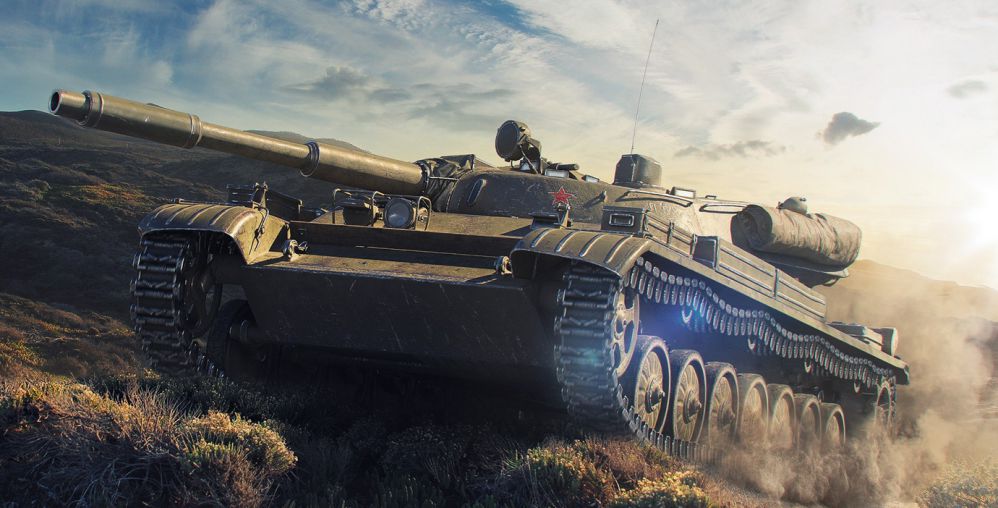 The randomness can be implemented in these scenarios:

The best option would be to combine both tactics, increasing their efficiency and bringing maximum assistance team. Do not forget the excellent stabilization: the tank is able to shoot accurately on the move.

In addition, mobility, combined with precision allows spin almost any enemy in the game as much as possible by implementing PDM, «tweaking» heavy tanks for the vulnerable side.

In principle, the tank can be considered universal, so to disassemble all the game situations in a review practically impossible. The main thing is to react to the changing situation in the battle and try not to fall into the artillery sight.

To better understand the capabilities of the new tank, you must highlight the strong and weak characteristics. This will allow a better understanding with the gameplay and multiple techniques to increase efficiency.

To the positive aspects include:
— Excellent viewing range
— squat silhouette, providing a high masking coefficient
— Good angles VFD
— A good broneprobitie
— It is worthy of PDM
— Data Speed and Stabilization

Very low silhouette light tank level 10, in conjunction with a review of 420 meters, excellent mobility and a very mediocre instrument. active light Tactics T-100 LT is a core business, as well as for contact in the melee when they met little maneuvering heavy tanks. And yes, the book is the best among all the WoT RT level 10 at the moment. 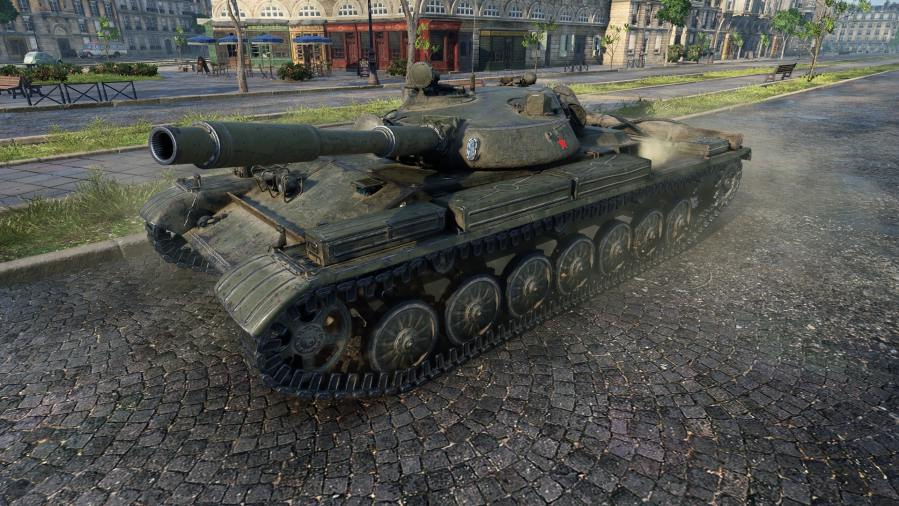 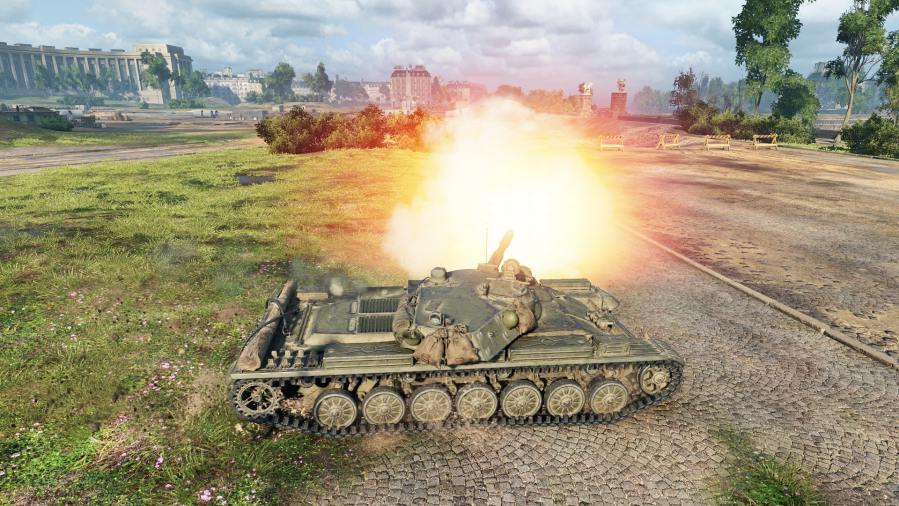 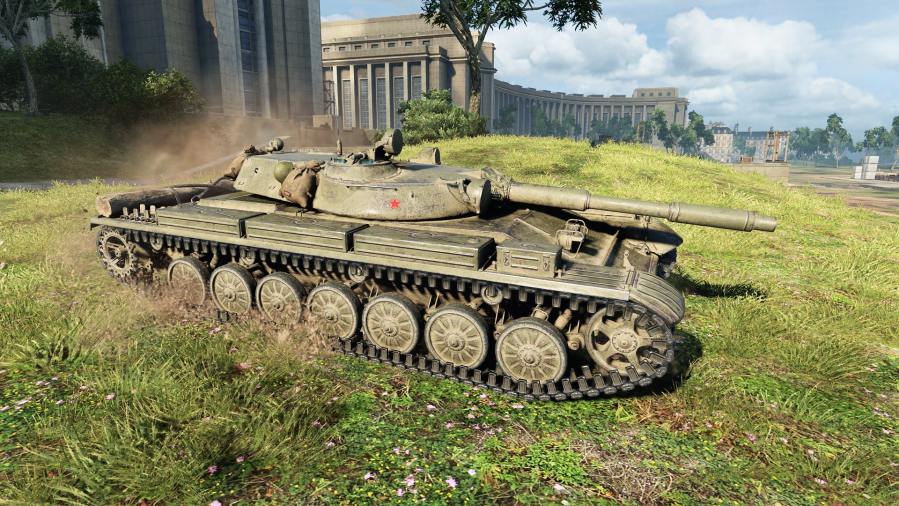