Soviet PT-ACS Level 7 ICS-122C has been included in the gift set, timed to coincide with the 70th anniversary of the Victory and is part of the «Berlin troika». Currently, the car is not sold, but there in the hangar of many players. It is necessary to clarify that the technique has a very interesting live performance, not being so «Deadhead» feels quite confident of randomness. Look at the key features of the PT-ACS in the full review.

Viability indicators in MIS-122C medium: 870 units of strength , given that the machine throws to tens look quite modest. Radius review also looks not very good — 350 meters as standard. Modest look and booking performance: 90 millimeters in front and side view. Gun mask looks more impressive — 100 millimeters, but also will not deter from entering high-level adversaries. 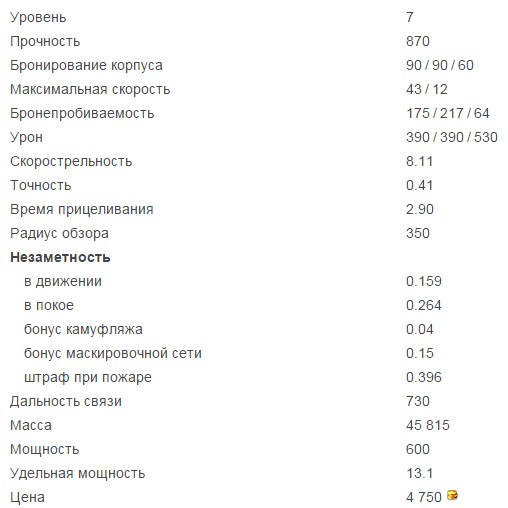 The maximum speed is 43 km / h , the speed of rotation of the chassis — 27 deg / sec. Basically, the machine has good dynamics and maneuverability. In terms of stealth ISU-122C looks disadvantaged, showing one of the lowest rates among classmates disguise.

What ISU-122C is really lucky — this gun. In the technique set 122 mm cannon-D-25S sample 1944 year.Broneprobitie armor-piercing projectile of 175 mm, an average single Done 390 units. Recharge rate is 7.1 sekundy.Esli creatively complete, this rate can be greatly improved. 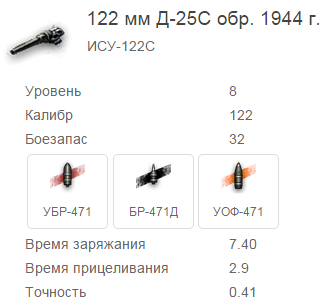 In particular:
• The gun rammer — 6.39 seconds.
• Gun rammer / Improved ventilation — 6.24 seconds.
• Combat Brotherhood / gun rammer / improved ventilation — 6.11 seconds.
If we add to the last embodiment «Doppaok» recharge rate is reduced to 5.85 seconds .
Given that we are talking about a premium technique, the yield of which depends largely on the damage characteristics of guns look very interesting. Keep in mind that in battles with dozens of penetration of 175 mm will be sorely missed, so it makes sense to load the ammunition in a dozen sub-caliber shells, increasing the rate broneprobitiya to 217 mm. In addition, the gun has a relatively good accuracy and time information, which is surprising for Soviet technology. However, a beautiful picture of weapons spoil uncomfortable UVN.

To increase the efficiency of the machine, you need a responsible approach to the selection of add-on modules. Thus, ISU-122C — a PT with good weapons, but rather mediocre specifications. Therefore, we can try to install such equipment:

1. The telescope — Increases sight range.
2. rammer — increase the PDM.
3. Ventilation — get a bonus to the basic characteristics.
However, ventilation can be replaced by a camouflage net (increase the stealth factor) or reinforced drive to improve the accuracy of the gun.

No less responsible should be treated and to the crew to pumping skills. Under armor placed 5 tank, the commander has to replace the missing radio operator. It should be noted that as part of gift campaign, ISU-122C sold with 100% crew already learned skill «Combat Brotherhood», therefore, it remains to choose other perks. Where you can play a set: It should be remembered that the masking is pumped necessary skill and repairs can be neglected: the PT, which is most of the fight standing in the bushes.Besides it is possible to pump such skills: 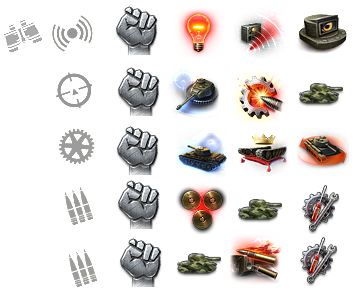 Combat tactics on the ISU-122C is no different from playing on any PT-ACS. We are engaged in the thick bushes on the 2-3 line and throws in incautious opponents side. Why in the side? With broneprobitiem 175 mm, the machine will not be able to penetrate the frontal armor strands ninth level. Given that PT is not perfect accuracy, hunting for fireflies less armored and CT will be problematic. Also, do not forget to keep an eye on the mini-map and do not let light tanks. Maximum save a small safety margin, so saves on the arts.

How to get ISU 122c? Unfortunately purchased ISU 122c can only be for the holidays, in respect of which will be sold this PT-ACS and only for the cash equivalent. In order not to bore much consideration, we present a comparative analysis of the strengths and weaknesses of the Soviet Fri.