For the first time, the IS-2 «Berlin» has appeared in the game at the event dedicated to the 70th anniversary of the Victory. technique and then was removed from the sale, but the tank on the big holidays still appear in the game store. The gift set includes an additional slot 100% and crew with the deflated perk (ability) «Combat Fellowship». It should be noted that the machine does not provide a preferential level of fighting, so often throws a cord to ten levels. Consider the features of this technique in a detailed review.

Thus, the supply of «Berlin» strength IP-2 is 1280 units , which is slightly higher than that of the pumped analog. Basic overview of the tank radius expectedly weak — 350 meters .

Given that we are talking about heavy tanks, this figure does not look critical. Engine power of 600 l. from. This is less than conventional ISA, so prem only accelerates to 34 km / h. The «Berlin» IS-2 was quite good dynamics and agility, maximum speed dialed confident chassis rotation speed is 38 degrees. In terms of weapons, in the IS-2 «Berlin» it looks pretty good. 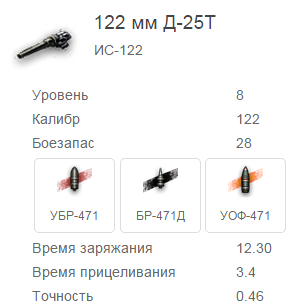 A tank mounted 122-mm gun D-25T with the index broneprobitiya to 175 mmfor armor-piercing projectile. One time varies damage 390 units that looks quite adequately for 7th level.These characteristics indicate that the tank top of the list becomes a formidable machine puncturing target and causing any crushing damage.

The high-level battles will look like sad, so you have to vytselivat vulnerabilities or carry stock of Golden. By the way, if we are talking about vytselivanii, with guns rather mediocre accuracy, a large spread, and for a long time the attention of 3.4 seconds . Therefore, on firing at long distances is better to forget. By the way, despite the weak precision guns of Soviet tanks often miss the mark «with vertuhaya» — it will unexplained randomness.

«Berlin» for the equipment IS-2

Range of additional modules for any technology — it is an important point, which increases the efficiency and viability of the machine. By the way, the equipment should be acquired during many shares when prices are down 50%. If we talk about the modules for IS-2 «Berlin», it is better to fill the slots so:

• rammer.
• Drives hum.
• Improved ventilation.
Some players replace ventilation enlightened optics. However, this choice is obvious for a more open maps where you need to know where the enemy is firing. The purpose of this class of technology push / hold the directions, so a good alternative ventilation will be shot down ballistic or toolbox.

Perks for the crew on the IS-2

The crew consists of four tankers, the commander combines his position with the duties of a radio operator. Perk «Combat Brotherhood» installed by default, so the first pump out those individual skills: 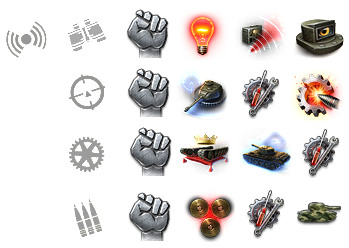 1. A light bulb.
2. Smooth rotation of the tower.
3. The king of off-road.
4. Non-contact BC.
Then be sure to pump through all the tanks repair, then: personal skills of their choice. If we talk about fighting consumables, load the standard set. Some players doppaykom replace the fire extinguisher, but it is risky to do: IS-2 «Berlin» is well-lit.

Reservation in frontal projection tower IS-2 is 100 mm , taking into account the rebound and the general shape of the mask tools, the reduced performance will be significantly higher armor. 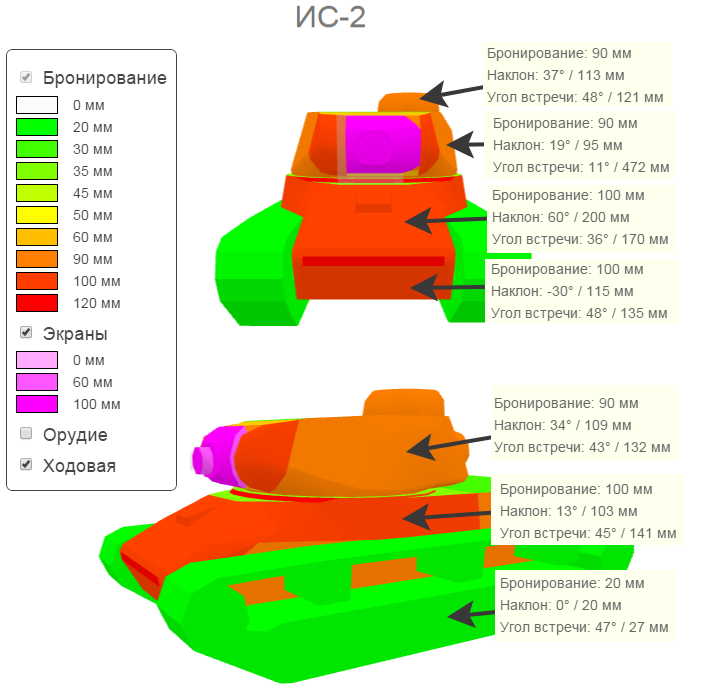 VFD armored plate is also equal to 100 millimeters, the thickness of the bead housing — 90mm . In principle, it is good options, and being in the top list of the tank will be able to confidently vytankovyvat damage, but getting into the high-level battles, the case will definitely be «absorb» almost any contact, in the case of the tower — the probability of a rebound remains high.

How to play the IS-2

Tactics game for IP-2 «Berlin» looks standard for heavy tanks. Choosing flank (preferably with urban buildings) and surely squeezing the enemy in the selected direction, the support of teammate.Alternatively, we can confidently otdefit selected portion leaving a diamond of the shelter, slicing and forehead contact bead towers. 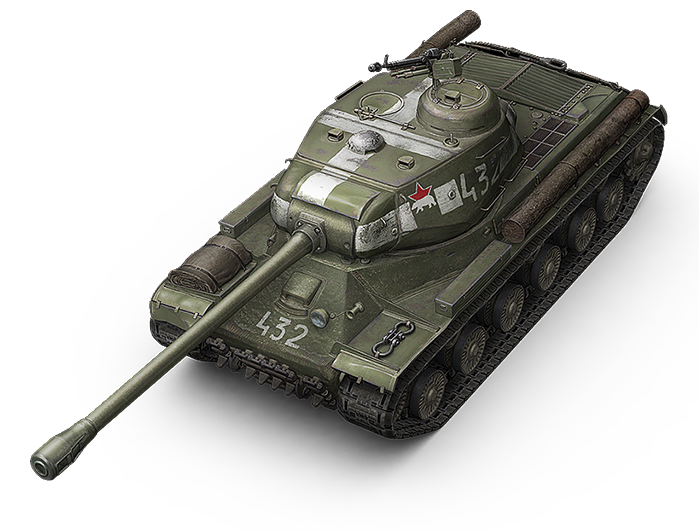 Up cards all will be much sadder, so in any case, try to find shelter from the arts or Nurali says direction together with the team. If the tank falls in the middle or bottom of the list, you need to behave more prudently: stay on the line 2, and hiding behind the backs of more armored comrades try to realize the maximum potential of the tool. Here we should not forget about accuracy, so do not hurry up and shoot only with full intelligence.

Get the JS-2 «Berlin» will be available only in the premium product World of tanks usually in the May holidays and only buying it for cash. In principle, the players speak well about this car, highlighting these positive aspects :

It should be noted that the IS-2 «Berlin» — is a very interesting machine that can not only diversify the gameplay, but also bring a good income.

IS-2 as the Farm? What is the yield IS2 Berlin